In this third and final segment, we learn about Nick Civella, Carl “Tuffy” DeLuna and their relationship with Joseph “Joey Doves” Aiuppa and the Chicago Outfit.

Nick Civella teamed up with the Chicago, Milwaukee and Cleveland Mobs to influence a 62 million 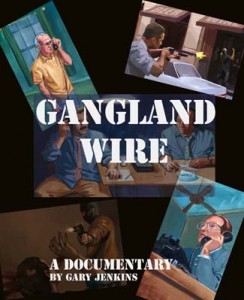 dollar Teamster’s Pension Fund loan and finance a man named Allen Glick to buy the Stardust, Hacienda, Frontier and Marina hotel/casinos. This is the situation that Martin Scorsese used to create his fictional film, Casino. Tuffy and Nick go to Chicago to work out details and set the details of how they would skim money as a payback for getting Glick the loan. Once Lefty Rosenthal gets the skim started, it goes to Chicago and Chicago sends a percentage back to Milwaukee, Cleveland and Kansas City.

In FBI wiretaps, we hear Tuffy and Nick discussing if Nick should call Lefty Rosenthal directly or should he get permission from Chicago Outfit bosses first.