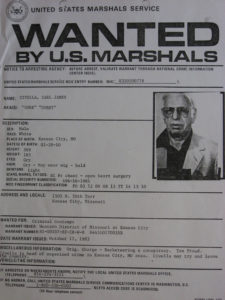 Retired FBI agent Bill Ouseley  discusses the history of heroin use and trafficking in the Untied States. During the mid-1800s, Chinese immigrants arriving in California introduced opium smoking to America and soon organized gangs were smuggling and distributing opium throughout the region. Opium dens and the habit of getting high on this drug spread across the United States. The Harrison Act of 1914 made the use of these heroin and other opiates illegal except for medical purposes.

By 1925, a black market for opium was very attractive to the formed mafia gangs in New York. It is believed there were about 200,000 heroin addicts in the 1920s United States. the use of opiates and marijuana became more popular during the jazz era on the 1930s and 1940s.

In Kansas City Missouri, several mafia members saw the quick profits to be earned in dealing drugs. Bill Ouseley is a noted mob historian in regards to the Kansas City mafia family and he tells how the international heroin trade worked in Kansas City.

Don’t forget to listen to Aaron on the Big Dumb Fun Show.

2 thoughts on “Heroin and the Kansas City Mafia Part 1”