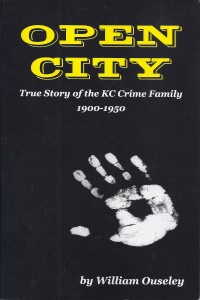 In this second episode, retired FBI agent Bill Ouseley tells abut how the Kansas City Crime family set up a heroin pipeline from Cuba to Tampa to Kansas City and other Midwest metropolitan areas.  Bill tells about an early heroin arrest in Kansas City that uncovered a large cache of heroin and cocaine. This arrest led to the arrest of a future KC mob boss in Kansas City. Bill tells how the first Federal Bureau of Narcotics were the first officers to work undercover and develop information on the American mafia.

Bill tells about one of the first cooperating witness, Carl Caramusa, from Kansas City led to the exposure of the Kansas City narcotics ring that was dealing about 12 million a year.

If you want to know more about the Kansas City Mafia read Bill’s second book, Mobsters in our Midst, Click here ti purchase.

Don’t forget to listen to Aaron on the Big Dumb Fun Show.