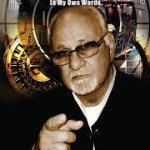 On June 9, 1980, the night Frank Bluestein, aka “Frankie Blue”, died, Frank Culotta warned him, “These ‘fuckin’ cops here are real cowboys.” Frankie thought somebody was following him with the intent to rob. Frank tried to tell him it was the cops. Frankie Blue replied, “I got a gun if anybody tries to rob me.” Frank again tried to talk sense, “These fucking cops are nuts, if they think you got a gun, they’ll shoot ya.”   This is taken from Frank Culotta, Hole in the Wall Gang. Author Denny Griffin, in collaboration with former Las Vegas Mob enforcer and underboss, Frank Culotta, tell the inside story of Las Vegas Mob activities during the 1970s. This incident was depicted in Scorcese’s Casino. In Casino, the film made it appear that Frankie Blue had a sandwich in his hand, not a gun.

Frank Culotta relates the Las Vegas Metro Intelligence detectives were conducting an ongoing aggressive surveillance of Tony Spilotro and the rest of his Hole in the Wall Gang. The night Frankie Blue was killed, Frank said he and Tony Spilotro were sitting in front of his restaurant, The Upper Crust. Frank noticed two detectives watching them when Frankie Blue drove away. Culotta reports that Spilotro received a phone call shortly after and he learned that Metro Intelligence detectives had killed Frankie Blue.  Tony said, “We gotta do something with these fucking coppers!” Tony continued, “I gotta figure out a way we can get them corked without it coming back to us.” At the coroner’s inquest, Metro detectives presented evidence that a gun was found at the scene and it was linked back to a purchase in Chicago by Ron Bluestein, Frankie Blue’s brother. The shooting was ruled justified.

A few months later, Spilotro approaches Frank Culotta with a plan to kill the Metro Intelligence detectives, Gene Smith and Dave Groover. Culotta reports that Spilotro asks him to contact some contacts Culotta made in an Illinois prison. These former  prison inmates belonged to the Chicago gang known as the Blackstone Rangers. Tony’s devious plan was to get these African-Americans in the area at the time when members of the Hole in the Wall Gang would kill the cops. Spilotro believed suspicion would fall on black suspects and not on them. Additionally, he believed the cop’s response in the Las Vegas black community would result in some race riots. On July 4, 1981, the entire Hole in the Wall Gang was betrayed and arrested while committing a high end jewelry store burglary. Luckily for Smith and Groover, Spilotro’s Machiavellian plan never materialized.

However, Kent Clifford, Metro Police Intelligence Commander, learned there was in fact a plot. The below video tells what Commander Clifford did.