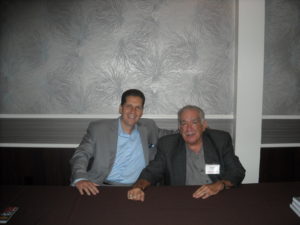 Andrew DiDonato was born to live the life of a gangster and came by it from family ties to the Gambino crime family. Like the famous Henry Hill, he wanted to be a gangster from his early boyhood and became an experienced street thief by the time he was 17 years old.  Andrew tells how he was noticed by  Nicky Corozzo, a member of the Gambino Family. It was not long before Andrew and his friends were hanging around the  Pacific Street Social Club used by Corozzo’s crew. Andrew and his friends soon started kicking money to Nicky every month.  This was a form of tribute in exchange for the protection afforded by a member of the Gambino crime family.

Andrew’s first really successful crime venture was a stolen auto ring. Like any young man growing up in Brooklyn, he loved cars and already knew guys who chopped cars. He partnered up with an expert and learned how to spot good cars, how to steal them in minutes and where to take them to sell. Some nights, they would steal several cars in one evening. Other times, they took more time and spotted and took exotics like Porsche, Ferrari or Maserati’s.

Andrew and his partner started cutting out the shop shop and began cutting up the cars and selling the parts to body shops themselves. He tells one of the greatest true crime stories I have ever herd. to tempt you to listen, imagine Andrew sitting on a bare bones car chassis using only a pair of vice grips for a steering wheel as the New York city cops chase him though the streets of Brooklyn.

Andrew will graduate to helping with a mob gambling operation, high end burglaries and bank robbery. As he earns more and more money, his mob boss will become jealous and Andrew will resent giving him money for nothing. He becomes a target for the F.B.I. and they will give him an offer he could not refuse.

After he became a government witness, Andrew is now living in an undisclosed location under his own name and has formed an alliance with Kenji Gallo and Frank Calabrese Jr. These three men were all forced to become witnesses and now all three live in danger.

In his subsequent life after a life of crime, Andrew has written a first hand account of his former life,  Surviving the Mob: A Street Soldier’s life in the Gambino Crime Family