Several months back, Aaron and I posted an episode telling about a 1972 D.B. Cooper copycat skyjacker named Martin J. McNally. In 1972, D. B. Cooper inspired McNally and several others to skyjack  passenger planes and use parachutes to escape. After posting this story, Martin McNally (“Mac”) was googling his own name and found my podcast episode about his escapade. He reached out by commenting in each episode comments section. Mac wrote that he thought our episodes were entertaining and funny, but we got a few facts wrong. I emailed him back and he agreed to a taped

interview. I was surprised because I knew he had received 2 life sentences for Air Piracy. Mac said he had been released from Federal prison a few years back and he is on life parole.

We packed up the recording equipment and drove to Mac’s residence a few hours away. He does not want to reveal where he lives and we agreed to hold that confidence.

In this first episode, Mac tells us about his childhood and young adult life up to the time he gets serious about doing this skyjacking. He remembers the exact moment that he got the idea to skyjack a 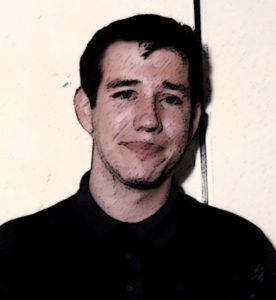 passenger plane. He was listening to a Detroit DJ talking about how D.B. Cooper got several hundred thousand dollars and disappeared. Mac said it was like a light bulb came on and he started planning to make his fortune from this crime.

Could Martin J. McNally really be D.B. Cooper? Compare the photos, be your own judge. The F.B.I. thought he was at one time.

To subscribe on iTunes go to, give me a review and I will send you a link to see the film for free.