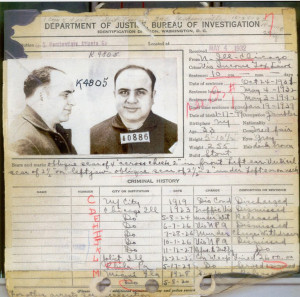 I have been researching for my next podcast. I have invited FBI (Ret) Agent Bill Ouseley to participate. We will discuss the relationship between and connection between Nick Civella, the Chicago Outfit and the Kansas City Outfit. One thing I learned is the relationship between Chicago and Kansas City started before Nick Civella was of any importance. Al Capone was a frequent visitor to KC.

Bob Hope and Jerry Lewis performed at the hotel’s swanky Casbah nightclub. Old Scarface was also known to vacation at the famous Elms Hotel and Resort in Excelsior Springs, Missouri.

Al Capone also stayed at the Rieger Hotel, 20th and Main. The Rieger has been preserved and currently contains a upscale bar and grill. the owners have created a special blend whiskey named J. Rieger & Company.