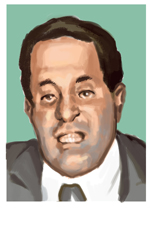 In this third and final interview, we learn that the mob did not give nicknames to anyone except the people they believed were helping them in their skimming efforts so it is a bit suspicious when the mobsters called Harry Reid, Clean Face. A good example was a State Gaming Agent named Bybee, when they referred to him he was Bybee. Another example was when Agosto and DeLuna talked about the Governor Elect Bob List before he was the governor, he was called by his last name “List” but when the when they talked about Harry Reid, Gaming Control Board Chairman, he was known as Clean Face, just like Frank Rosenthal was “Crazy” or “Newspaper” or “Lefty” and the attorney Jay Brown was “Channel One” or when Oscar Goodman was called “Senior.”

Another school of thought is that Joe Agosto was claiming to have a direct connection with Gaming Control Board chairman, Harry Reid. He talked in convoluted terms and was hard to decipher. It might be noted that Joe Agosto did not bring any smoking gun evidence on Harry Reid when he became a government witness.

The listener can make up their own mind as to the influence and control that organized crime had over Harry Reid. 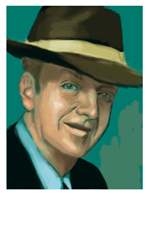 The Rise of Tony Accardo and Ross Prio