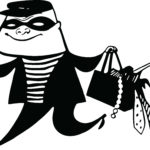 Carl Gugasian would grow up and become the the Friday Night Bank Robber, one of the most prolific of criminals in US history He is known to have rob more than 50 banks over a 30-year period for a total of more than $2 million. Gugasian, sentenced to 17 years, is locked up at Fort Dix, N.J., 40 miles from home. A model prisoner, he was released on May 5, 2017 at age 69. He is currently is an American prisoner who is serving a 17-year sentence for robbery, known as “The Friday Night Bank Robber”. We know a lot about his criminal career because after 17 years in the life, when he was caught he gave an in-depth interview about himself.

Gugasian was born in Broomall, Pennsylvania to Armenian immigrant parents. He started out at age 15. In his first known robbery, A candy store proprietor shot him. He was sent to a State Youth Facility for eighteen months. He was released in 1964. After release Carl started to take deliberate steps to continue with a life of crime and to excel in it. A Federal Bureau of Investigation agent named Ray Carr who interviewed Carl at the end of his career once remarked, “He didn’t know that juvenile records get expunged. He thought he’d never be able to get a real job.”

In 1971, Carl Gugasian enrolled in an electrical engineer program at Villanova University and joined the Reserve Officers’ Training Corps. Following graduation, he served in the US Army at Fort Bragg and received special-forces and tactical weapons training. Following his stint in the military, he returned to college, earning a master’s degree in systems analysis from the University of Pennsylvania, followed by doctoral work in statistics and probabilities at Pennsylvania State University. After his graduation, Gugasian began to plan mock robberies in his spare time. On eight separate occasions, he was planning to commit his first bank robbery; however, he repeatedly backed down before entering the bank. Eventually, he committed his first robbery and used a stolen car as his getaway.

Gugasian is notable for the meticulous way in which he planned and executed his robberies. He would begin by scouting for a bank in a particular location by studying topographical and street maps in the library, searching specifically for banks in small towns, close to wooded areas, on the other side of which was a road with easy access to a freeway. He would further narrow the search by selecting banks with late closing times in the autumn and winter months, so that the darkness would cover his escape. He would then create a cache to stash any evidence connecting him to the crime (including the money) immediately after the robbery. He would later return to retrieve the stuff once the “heat” was off in a few days. Once a location was selected, he would observe the bank from the cover of the woods for several days, noting the habits of the employees, then on a Friday night, a few minutes before closing time, he would strike, under the assumption that his timing would both minimize the number of customers at the bank while maximizing the amount of available cash to steal. He would make a few dry runs before actually robbing the bank.

For the robbery itself he would don a gruesome face mask, A Freddie Krueger mask. He even modified it to make it look scarier and threatening. He made sure it fit so snugly to hide the color of his skin. He dressed in bulky clothes and he would burst into the bank moving quickly and crab-like so as to make assessments of his height and build difficult to ascertain. Once he reached the counter, he leap over the counter brandishing a hand gun to terrify the staff and customers. He moved up and down the cash drawers stuffing the money into a bag and leave quickly, the entire process taking less than two minutes.

He had already scouted the terrain and once outside the bank, he would run into a nearby wooded area and ride away on a dirt bike he had stashed. He would have a hole or hollow tree prepared and stash the bag of cash and ride the bike a few miles through the woods to find a van he had left on a road. He had a ramp in the back so he could ride the bike inside the van, close the doors and drive away. He would immediately drive to a nearby freeway and be miles away from the scene of the crime before the police would be able to get any fix on his getaway route.

Mostly he used the shock and awe to obtain compliance but on one occasion Gugasian did resort to violence during a bank robbery. He shot a bank manager in the abdomen upon entering the bank when a startled manager made a threatening move toward Gugasian. The bank manager recovered from his gunshot wound.

In 2002, his 30 year career and becoming famous as the Friday night bank robber, so named because he calculated that this was the best time to rob the teller’s cash drawers and the best time to

Book found in his hidden stash

make his getaway would end because of bad luck, not because he made any mistake. Close to his home in Radnor Pennsylvania, Gugasian stashed all his bank robbery equipment in a wooded area. Two teenage boys were exploring these same woods when they stumbled across a concrete drainage pipe that contained several smaller PCV pipes sealed at each end. They opened them up and found the details and equipment for his robberies, his maps, face masks, survival rations, weapons and ammunition. They contacted the police and from clues picked up in the cache, and, after questioning local residents, they had a list of names. The stash contained a karate school brochure where he trained. The FBI agents visited the karate studio and asked if they had any students who were short, athletic, and interested in guns and the outdoors, they named Gugasian. Once they arrested Carl and got his fingerprints, they compared his prints to the brochure found in the stash and they matched. This stash was one of 18 similar stashes containing cash and other bank robbery details throughout the northeast.

When arrested Carl Gugasian was 56 years old, an engineer and statistician living in a well-to-do Philadelphia suburb. He was believed to have robbed at least 50 banks up and down the East Coast since 1973.

He was suspected in the shooting of a police sergeant Robert McCallister in a chase after a bank robbery. He has always denied he was responsible for this crime. He did admit to the other 50 bank robberies and the shooting of the bank manager, which he claimed was an accident.

After receiving a 115 year sentence, Gugasian made a deal and agreed to provide help to the FBI and police in clearing all his unsolved bank robberies. He got his sentence reduced to seventeen years. He served his time at the Federal Correctional Institution at Fairton, New Jersey, where he teaches calculus to other inmates. He agreed to slated to appear in an FBI training video that would be distributed to law enforcement academies. I was unable to find this video online. The Federal Bureau of Prisons website states Carl Gugasian was released on May 5th, 2017 at age 69 years old.

In a one-page letter submitted Tuesday in federal court in Philadelphia, Gugasian said he was not proud of what he had done.

“While I always rationalized my conduct by believing that robbing banks had no victims, I have come to realize that everyone … who was forced to endure the harrowing experience of a robbery suffered tremendous harm, even though they were not physically injured,” he wrote.