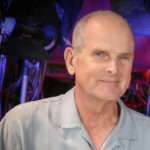 In Gary’s most recent documentary, Gangland Wire, former F.B.I. agents, cops, reporters, and casino employees tell insider stories about a Kansas City mob war that escalated into several murders and bombings. The police and FBI investigation into the local crimes led to the installation of hidden microphones and wiretaps in Kansas City mob offices, bars, and homes. Gary wrote a book Leaving Vegas: How FBI Wiretaps ended Mob Domination of Las Vegas Casinos. If the reader can handle Kindle

books and remember Amazon makes a downloadable file available free for any laptop or tablet to read Kindle books. Gary suggests the reader purchase that format because he was able to obtain all the audio tapes placed into evidence and those audio clips are linked to the Kindle book.

Both the documentary film and companion book tell the story of how the Kansas City F.B.I., with the help of Kansas City Police Intelligence Unit, learned how Midwest La Cosa Nostra families used Teamster’s pension fund money to finance Las Vegas casino owners. The price for casino owners to obtain loan approvals was high. Chicago, Cleveland, Chicago, and Kansas City mob bosses ordered “Strawman” casino owner, Allan Glick to give casino jobs to mob pawns. These mob underlings skimmed cash from the counting rooms and sent it back to the Midwest Mob bosses. Jenkins was able to obtain hours of the recordings used as evidence to convict the La Cosa Nostra bosses in Chicago, Milwaukee, Cleveland and Kansas City for this conspiracy to skim. He made extensive use of the audio clips in Gangland Wire and Leaving Vegas. In the film, the viewer will hear out of the mobster’s own mouths just how they conducted their business. For example, the viewer will hear Kansas City Mob bosses discussing problems with Frank “Lefty” Rosenthal. In his great film, Casino, Martin Scorsese based Robert DeNiro’s Ace Rothstein character on “Lefty” Rosenthal. 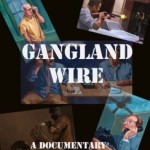 For the documentary and book, Gary obtained copies of ledger notes kept by Tuffy DeLuna. In that ledger, DeLuna kept detailed notes about the Mob’s Las Vegas activities.  In the book, Leaving Vegas: How FBI Wiretaps Ended Mob Domination of Las Vegas Casinos, Gary created video clips with the actual wiretap audio with captions and the book contains many links to these audio clips.

Gangland Wire and Leaving Vegas documents the investigation and fall of the four Midwest Mob families. Those families have never fully recovered from that fall.  They lost control of the billion- dollar Central States Teamster Pension Fund and a steady flow of millions in cash from Las Vegas casinos.

Gary Jenkins independently produced, Negroes To Hire: Slave Life and Culture on Antebellum Missouri Farms which won the Jackson County Historical Society award for best historical documentary film of the year in 2011. In 2012, he produced Freedom Seekers: Stories From the Western Underground Railroad.  Both of these films are used in many educational institution histroy and African American Study programs.

Gary authored two companion books for these films. The first is titled John Brown and The Last Train.

The second book is titled The Immortal 10: A Story from the Western Underground Railroad.

This is your page widget area. Please go to Appearance > Widgets to add new widgets.